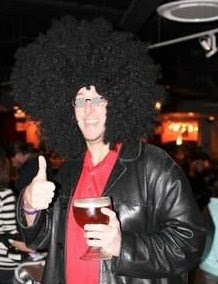 Yesterday, BJ Upton held the first annual “Bowling with BJ” charity event at Splitsville in Tampa. I, your humble correspondent, decided to attend. Not only was I very impressed, but as far as I could tell, the event was a resounding success.

We all know homelessness is a problem in the Bay Area. According to the Homeless Coalition of Hillsborough County, there were nearly 10,000 homeless men, women, and children living in the area in 2009. Hillsborough County also has the highest percentage of homeless people in the State of Florida. Once again, as he has in previous years, BJ Upton decided to do something to help.

Throughout the night, Splitsville was packed with fans, media, and plenty of Tampa Bay sports stars, including of course BJ and his brother Justin, as well as David Price, Reid Brignac, Gary Sheffield, Carl Everett, and Bucs legend Mike Alstott. Even recently departed Ray Matt Garza tossed a few down the lanes. Although I didn’t get a chance to talk to anyone famous, I did get my picture taken with Matt Joyce.

I think he dug the ‘fro.

As the night went on, there were a few things that caught my eye:

All in all, “Bowling with BJ” was a success and definitely worth the admission fee. Especially when the proceeds went to a good cause.
on January 25, 2011
Email ThisBlogThis!Share to TwitterShare to FacebookShare to Pinterest
Labels: MARKETING, TAMPA BAY RAYS
Newer Posts Older Posts Home
Subscribe to: Posts (Atom)